A horror novel from Crossroad Press.

In this one you'll find a remote Scottish island, some baffled cops, bloody mayhem, a bar, an ancient Ram's skull, dank caves, some whisky, another bar, Oban, some mad monks, a lighthouse, and more whisky.

It's a return home for me after a few years writing Newfoundland based stories, and it's a back-to-my-roots thing that runs in my head like a Hammer Horror, with blood so red it almost glows, screams so high they tear the top of your head off, and stoic rural workers doing what needs to be done against a terrible peril rearing up out of the past.

Another one I think should be a movie. But then I would, wouldn't I?

Plot
When Sergeant Dave Wilkes and his constable, John Campbell are called out to a remote island, it is to investigate what they think is a routine job, a simple case of sheep worrying. But on arrival at Leita, they find the community to be empty, the shops and houses lying quiet. Before too long they find disturbing evidence of violence and mayhem.

They get some of the story when they find three survivors holed up in a farmhouse, but the tale they tell is almost unbelievable - a grisly story of ritual cannibalism, blood sacrifice and a ram's skull that makes its wearer both invincible and irresistible.

Soon they are in a fight for their lives, as the ram takes control of the island.

Can they stop it and prevent it spreading?

Or will the ancient magic of the ram prevail and take its bloody promises to the mainland, and to the town that is waiting to be shown its glory?


Reviews
Ramskull is perhaps one of the finest pieces of fiction that Mr Meikle has ever written, with a strong cast of well-realised and fleshed out characters, a deeply horrifying yet intriguing antagonist, some beautifully-described scenery and atmosphere in the form of the island of Leita, and a plot that left me wanting a sequel as soon as possible. It does the author credit, and should be picked up anyone interested in Mythos fiction, Horror fiction, or just fine writing in general. - Sci-Fi and Fantasy Reviewer 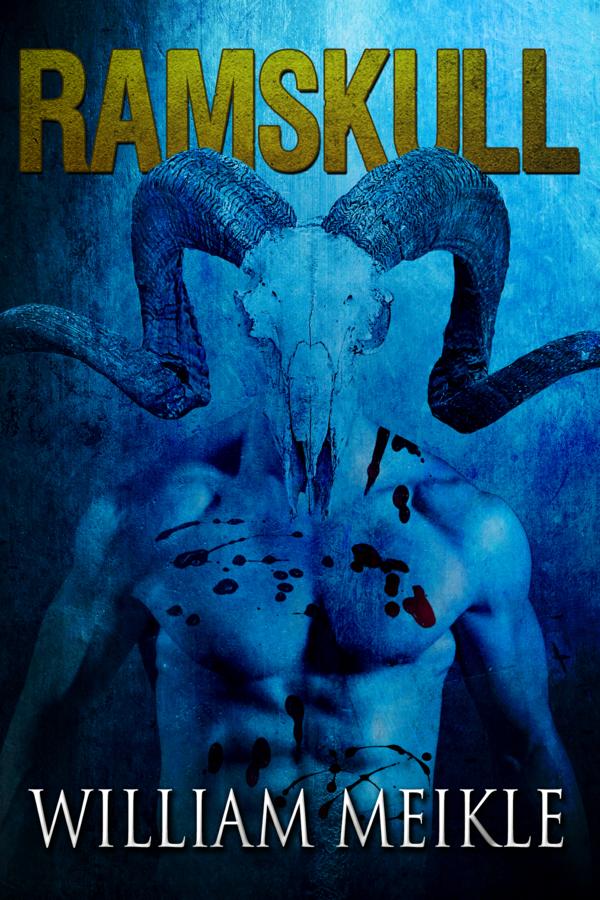