OPERATION: ANTARCTICA follows the survivors of the Scottish Special Forces squad from INFESTATION, to the opposite pole this time, and an investigation of a derelict NAZI base.

I'm having great fun with this group of my countrymen.

What's left of them.

Plot
When Captain John Banks and his squad are sent to investigate a derelict Nazi base in Antarctica, he expects to find only ice and dead men. But there is something in the domed hangar bay that has been waiting for decades for release.

A weapon was primed many years before. It had been meant to turn the tide of war. Now it stirs under the ice once more.

The dead walk again, in service to an old master.

A master that needs new servants.

Operation Antarctica is more of the same popcorn chomping kind of read that we got from Meikle in Infestation... a rip-roaring adventure that you can buy into. - Into the Macabre

If you’re looking for a fun, tense bit of military-vs-monster action with a helping of cosmic horror, this is a great reading choice! - ERRANT DREAMS

Operation: Antarctica is another winning title by Mr Meikle, an excellent piece of writing that demonstrates his broad set of skills as an author. - The SciFi and Fantasy Reviewer

Meikle has come up with a winning formula. - MarzAat – Literary Recon into the Wilderness of Books 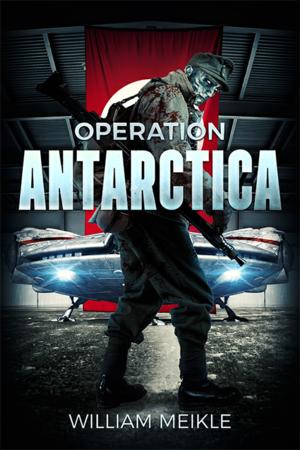